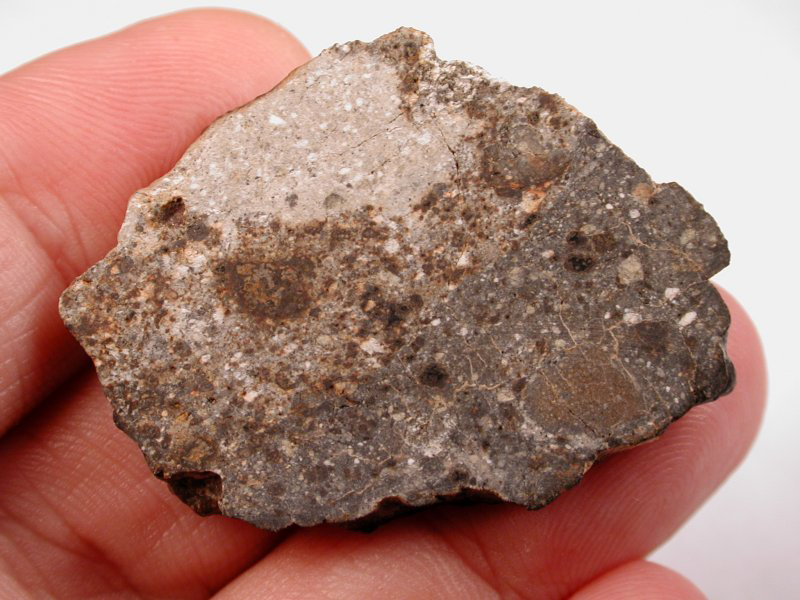 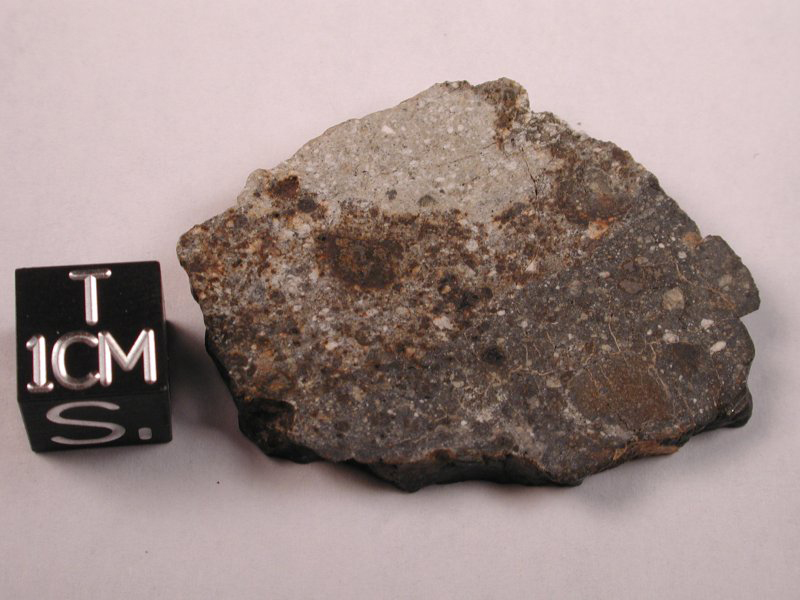 2 complete slice of Northwest Africa 5743 (provisional), a one-of-a-kind Polymict Achondrite found 2008 in the Sahara desert. This strange achondrite, presumed to be from asteroid 4 Vesta is unique in that it displays several lithologies that seem to defy current scientific understanding of asteroids as the lithologies appear to be incompatible with one another:

- Olivine Diogenite component,
- A metal-rich lithology that is assumed to be from an ultra rare Lodranite
- Around a 20% Eucrite faction.

It is like having three distinct meteorites in one.
Calling it a Polymict Eucrite would be wrong because of the olivine portion.
It cannot be called a Howardite because it has around 40% Olivine Diogenite.
It cannot be called a Diogenite because it only has around a 20% Eucritic component.
The portion containing metal is a complete mystery and may be from an impactor.

This meteorite cries out for the current HEDO classification group to be revised since it is inadequate when trying to place this stone.

Prior to cutting: TKW: a single 216.4 gram stone.
The crust differed according to lithology.
A magnet clung to certain areas and not others.
Metal-rich regions mixed in with areas that are completely devoid of metal in any achondrite.

A mere 164.7 grams were all that was left after the type specimen deposit and
cutting losses. Other than the 2 slices offered here, all other slices have been sold
to institutions or into private collections. 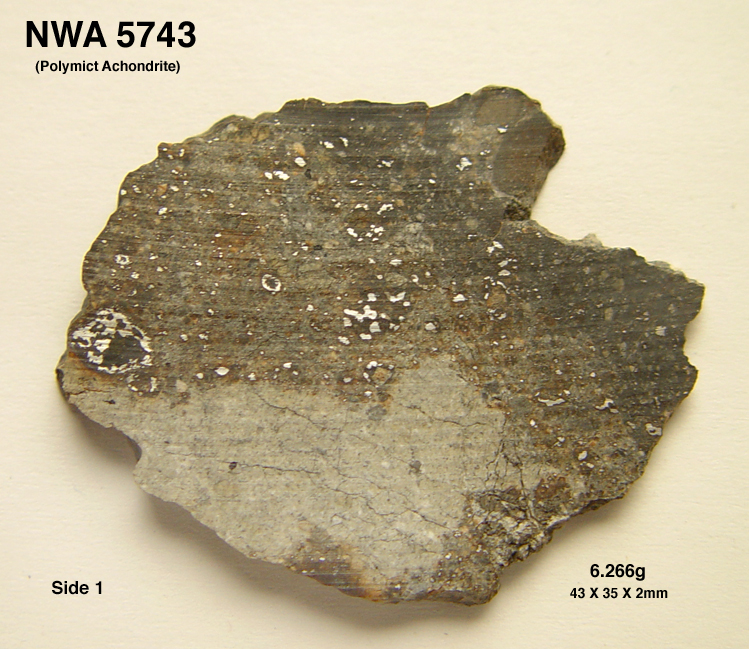 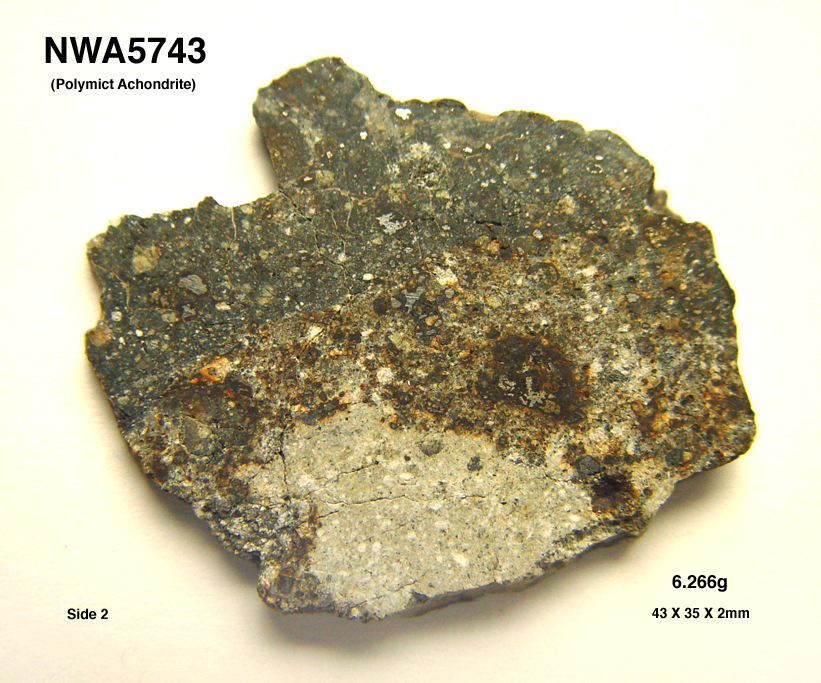 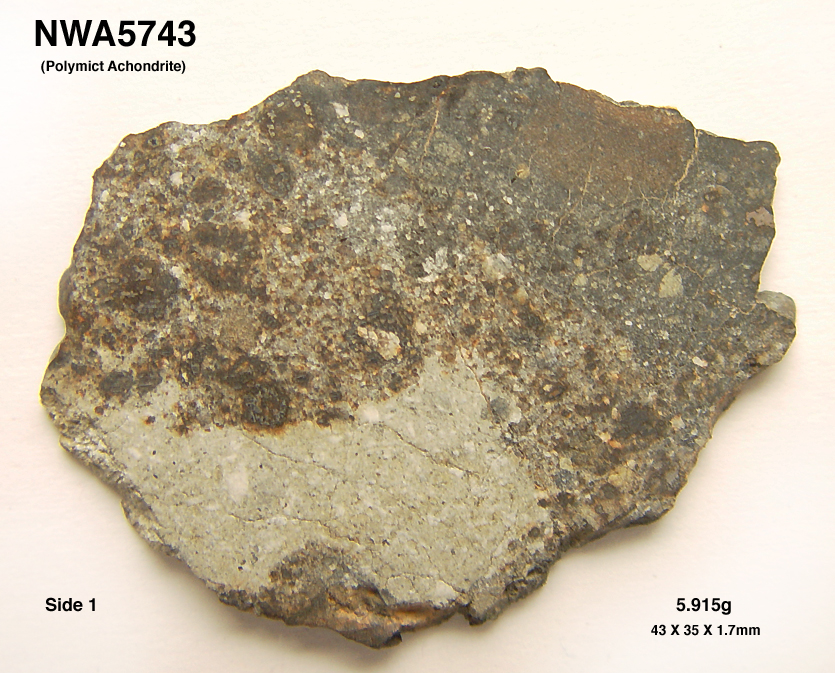