St. Louis
This material has been impossible to get since the fall on December 10, 1950. ASU had
a little over a gram in very small pieces. However, the rest of it was in the hands of the
person driving the car it struck.
I was able to obtain some of these small specimens when a trade with ASUwas concluded
this month. In the height of Irony, Jim Schwede, arguably the world's largest private
collector visited the now very elderly driver in an old folks home ans managed to purchase
the material from him. This material is now almost entirely in the impressive collection
of Jim Schwede, though I was very fortuneate in obtaining a LARGE, very thin slice
of this material and am keeping half of it in my personal collection and offering the
other super sized slice here. So, after 20 years, I now have material to offer - and from
two different sources (both of which are impecable).

See article re this event below: 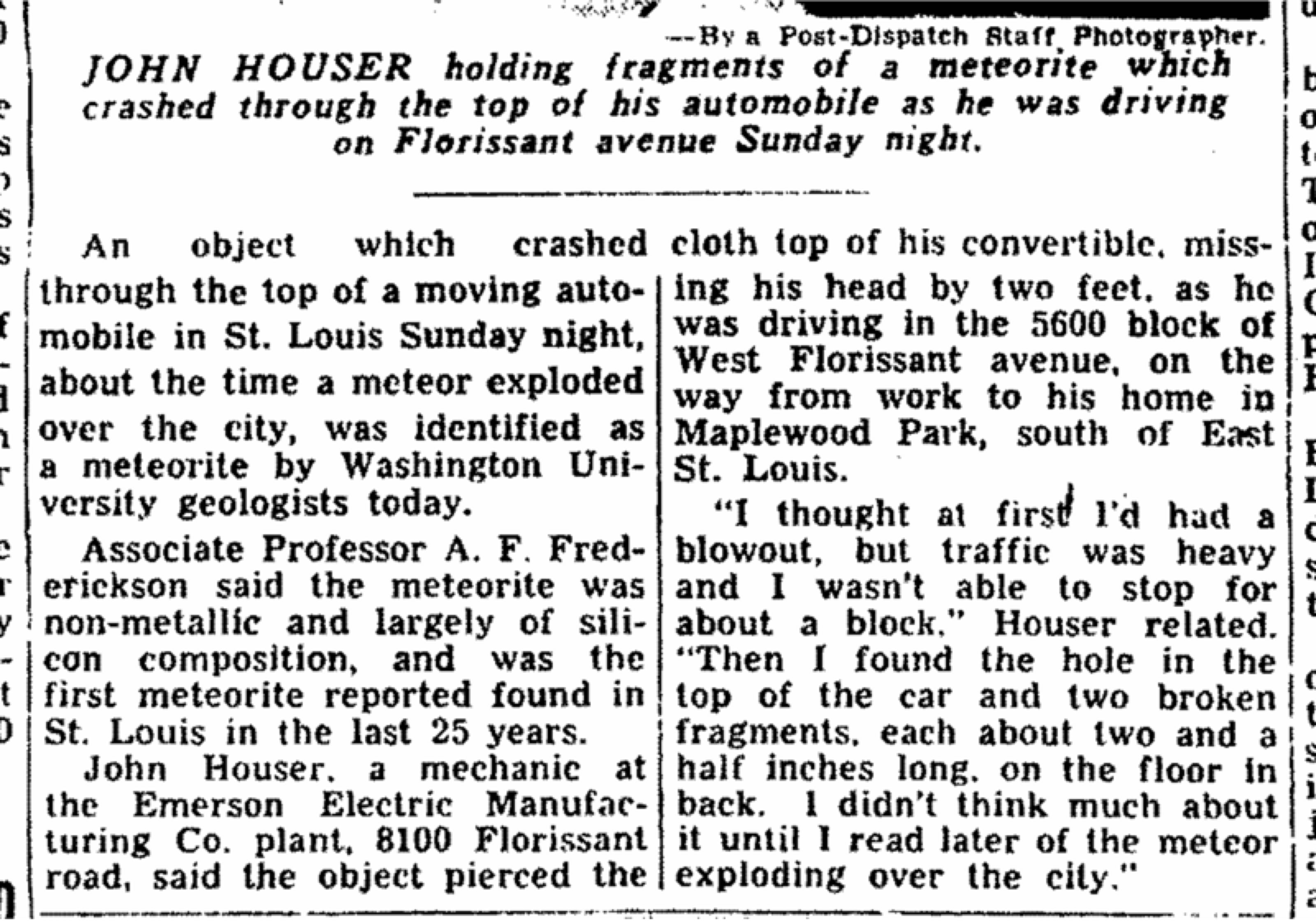 REMEMBER, this material is unobtainable. Once sold, there will be none available, period. 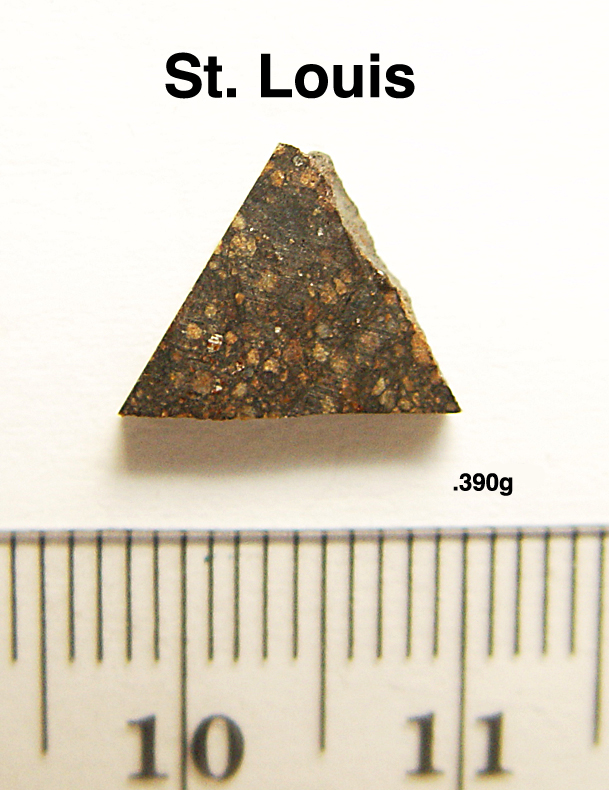 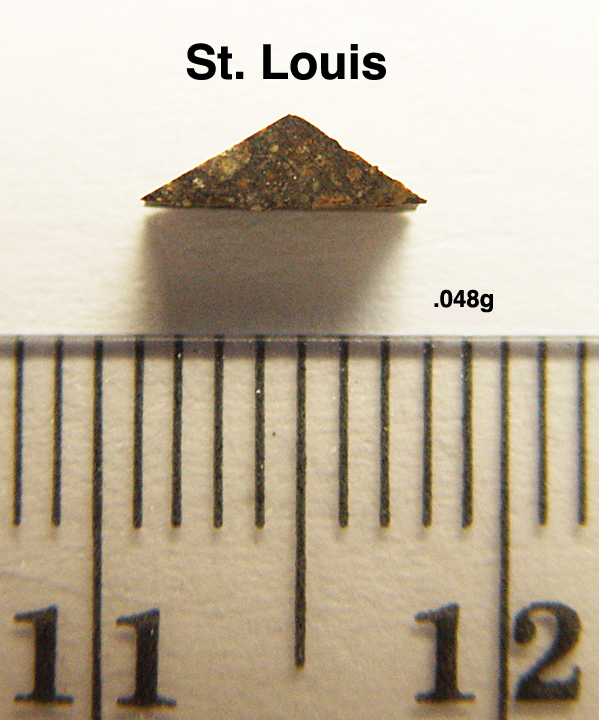 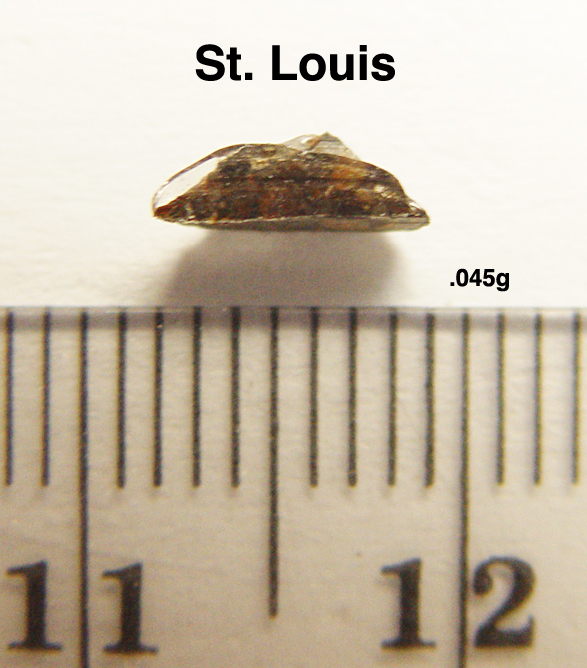 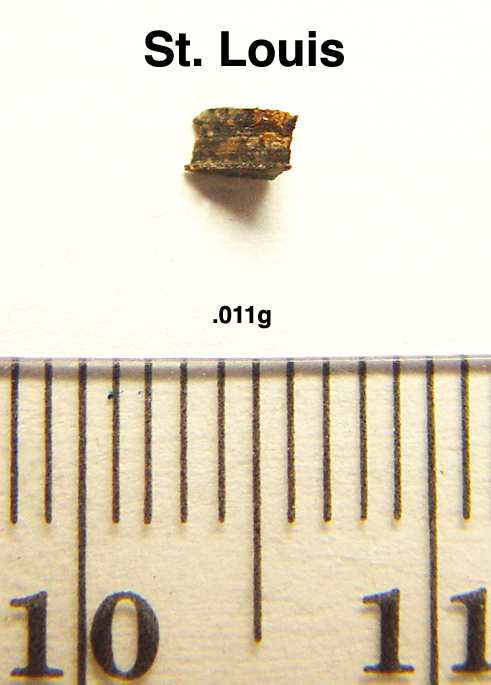 HAXTUN: (H/L 4) The only equilibreated H/L (4). Found in 1975 in Philips County, Colorado. Classified by Dr. Rubin
of UCLA - has H-type proxenes & L-type cobalt in kamacite. This is an entirely unique meteorite which has been dissappearing as it
has been gobbled up by institutions and collectors.

THE END PIECE ( 371 grams) This is a very impressive specimen for several reasons:
1) The complete uniqueness of the type
2) This particular specimen shows remarkable metal veining.
3) Only 2 endpieces of this size could exist. More often than is warranted, one hears, “This is a once in a lifetime opportunity”
applied to a meteorite specimen that comes available. This is one of the very few specimens that warrant such a comment.
$4,500 -- SALE = $ 2,500- SOLD

This specimen is one of the finest spheres I have seen, with deep scoriation. Bob Haag had one
similar I believe he sold for $2,500- I had one I traded for the $3,500- Painting of "Sikhote-Aline
Ground Zero" which is at the top of my catalog. Those were about 250g, as I recall. This one is
a tad smaller, but still VERY impressive. (On this particular specimen, delivery will be delayed
until I receive it from the Philippines - probably about a week).
200g = $2,000- SUPER SALE = $500! 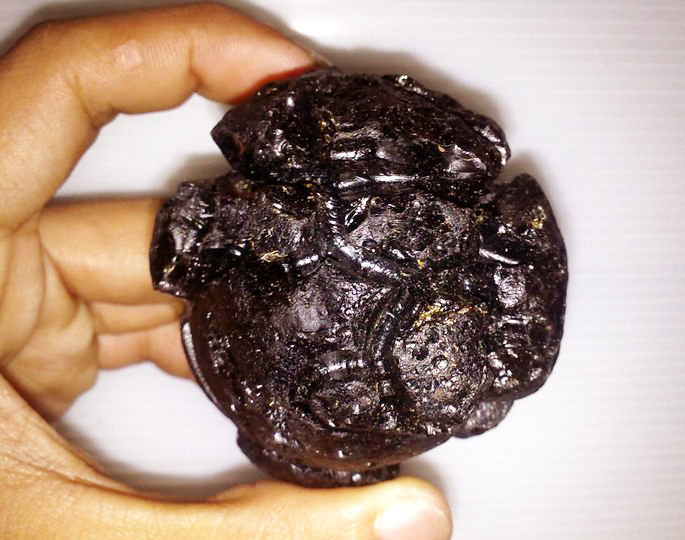 This material is becoming extremely rare due to illegality of export according to those who have hunted it
for years.

The Lost City fall was photographed on January 3,1970 from 3 stations of The Prairie Network after 10 years of attempting
to photograph an incoming meteorite. From the photos they   were able to track the meteorite to a suspected strewn field,
which was around Lost City, Oklahoma. They recovered a total of 17kg, however, very, very little of this material has ever
been available to the collecting community. Many consider this the most costly meteorite ever, as it required 10 years of
photographing the night sky to locate it. (a rather odd way of looking at it, but there you are).

However, what was never made public until now is that the Lost City fall was a hammer! I recently had a personal conversation
with Blaine Reed and it some how just slipped out that he and Steve Arnold (the meteorite hunter, not Chicago Steve Arnold)
way back when tried to purchase one of the Lost City meteorites from a home owner who had recovered it from the roof of
his house. He refused to sell it at any price (no, they won't tell anyone who it was, as they are hoping one day he will change
his mind). I confirmed what Blaine said with Steve (not that I doubted Blaine, but thought Steve might possibly remember
additional details). They are two of the most honest dealers in meteoritics, so, I have no doubt whatsoever about the validity of
their story. Of course, I asked them why on earth they hadn't told me, knowing what a hammer freak I am. All I got was,
"Well, it just never occurred to me."   Harrumph!                      (Lost City is a "new" hammer) 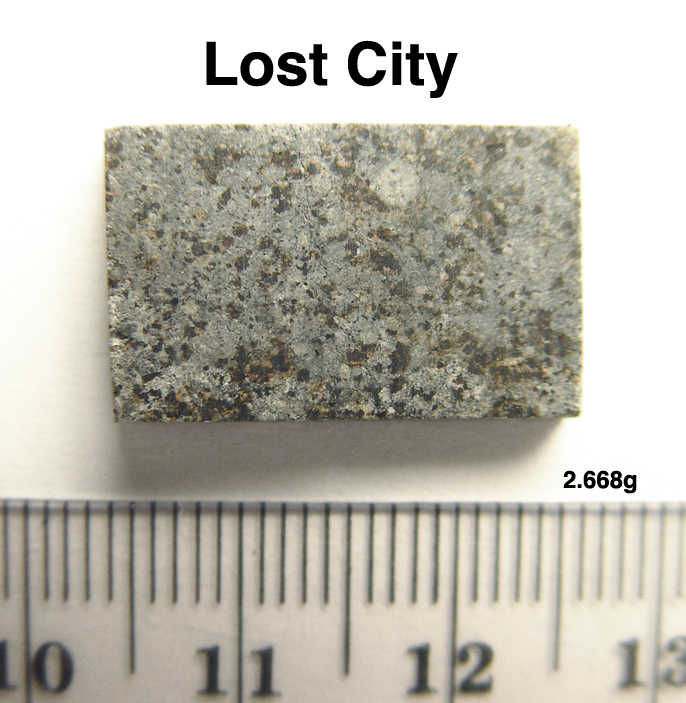 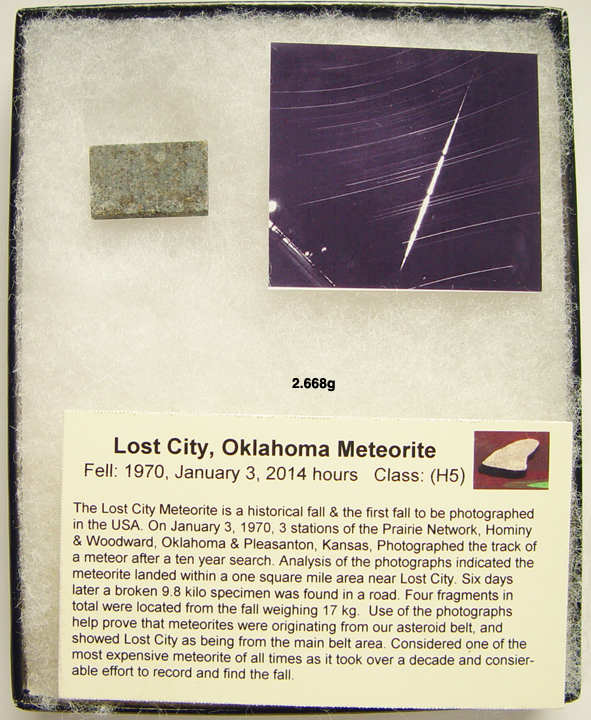 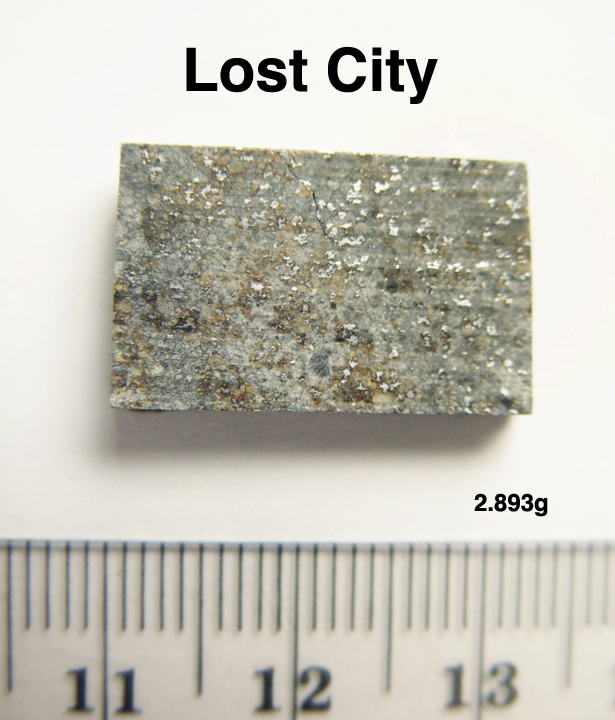 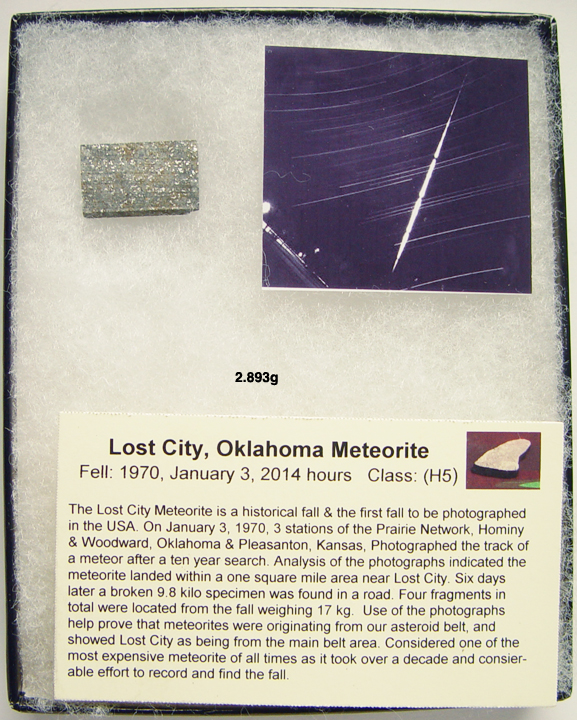